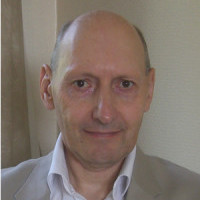 John Michell has been involved in a number of successful business ventures in scientific instrumentation and in financial software.
John was working on the Internet early in the 1990s when it was still called the “Information Superhighway”, and was the first person in the UK to run Internet seminars (in Cambridge) for UK business leaders, which led him to address the Institute of Directors in London in 1995 about the future of the Internet – his main emphasis even then was on how finance will have to adapt to the new medium.
He then went on to work for a number of international banks in London and in Germany as an Internet specialist, getting them to adapt their systems to operate on browsers.
By chance, he got into Bitcoin in 2012 when one of his US servers was slowed down due to being drawn into a mining-botnet, which led to an intense period of research and study into Bitcoin and cryptocurrencies in general. He was also prescient enough to purchase bitcoins at a low price at that time.
An active participant in the London Bitcoin Meetups, John also organizes monthly Bitcoin workshops at his premises NW of London.
His company, Xecnet has also been operating as a UK bitcoin exchange, enabling UK clients to purchase bitcoins via the German banking system – he also operates a safe secure Bitcoin storage operation. (www.xecnet.com).
Currently his major area of interest in the decentralization of finance, something which the emergence of cryptocurrencies has made into an inevitability.
He is the author of two books whose theme is decentralized organizations, and is currently working with a major UK publisher on a new book on the “Decentralization of Financial Organizations”.
He also runs an event centre which was featured recently in the Bitcoin online publication, Coindesk.