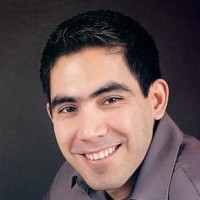 “Francisco Ortiz is a Computing Systems Engineer who has worked several years developing Information Technology systems. However, by 2012 he decided to study an Executive MBA which submerged him into Financial/Economical/Business areas. It this period Francisco was able to acquire deep knowledge regarding precious metals.

On the other hand by 2011, he started getting involved with bitcoin (as he continues until nowadays).

Because of the IT / Economy background, Francisco was able to strongly understand cryptocurrencies, which includes of course the main one: Bitcoin (both its IT side -bitcoin protocol and algorithm-, as well as its financial side), the alternative ones like Litecoin, Namecoin, Peercoin, Primecoin, Datacoin, etc (among others), and finally the new ones (which are whole complementary protocols): Ripple, OT (Open Transactions) and Ether (from Ethereum protocol).

As a result, by February-March 2014, Francisco founded two Bitcoin (cryptocurrencies) companies: one in Switzerland (BtcSuisse Sàrl) where he currently lives and one in Mexico (Mexibitcoin S.A. de C.V.), country which he comes from.