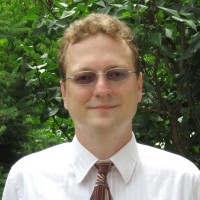 Dmitry has been involved with digital currencies as far back as 2003, studying their use and economic development in various games and virtual worlds. He holds a Master’s in Global Finance and Economics, and has over a decade of experience in personal and corporate finance and investments. He also has a background in technology, and prior to switching to finance was involved in IT and software development, including working as an IT manager and software developer for McDonald’s Corp.

Dmitry has been involved in bitcoin in various capacities, including mining, investing, helping with related project development, venture funding, and volunteering as a Bitcoin consultant for “Bitcoin 101″ tables at various conferences. Since its founding in November of 2011, Dmitry has worked as an accountant and treasurer for the Bitcoin100 charity fundraiser, and was promoted to the role of director in May of 2013. More recently, Dmitry was hired to work as a Community Manager for Mycelium, the group behind the Bitcoin wallet, as well as the BitcoinCard.org project.