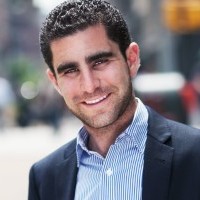 Charlie Shrem will speak at the Central European Bitcoin Expo through a webinar.

Charlie is co-founder and partner at BitInstant LLC, an early Bitcoin start-up that provided a secure, fast and convenient way of transferring funds between and within crypto‐currency exchanges. Slated for re‐launch in 2014, the company will continue to innovate and provide services aligned with the current needs of the fast‐growing Bitcoin community. All the while, it will navigate the complex compliance, licensing and regulatory requirements of the worldwide banking system.

Charlie graduated from City University of New York‐Brooklyn College with a Bachelor of Science (BS) in Economics & Finance in 2011. During his schooling, he was actively involved in hacker and Bitcoin communities where he was known as ‘Yankee.’ He founded his first start‐up DailyCheckout Inc. in Brooklyn, the city where he was born. After his company grew to be one of the leading product eCommerce sites in the deal‐a‐day space (founded 2009 and sold 2012), Charlie began traveling the world, speaking at events and working with start‐ups while advising on business development using his expertise in high risk eCommerce and the merchant services industry.

As a co‐founder of the Bitcoin Foundation (vice‐chairman from 2012 to 2014), he worked on the standardization, protection and promotion of Bitcoin. Specifically, Charlie led the partnerships and mergers of Fundación Bitcoin Argentina, Bitcoin Embassy of Canada, and Bitcoin Association of Australia, making sure all local Bitcoin communities have global resources and mentoring.

Other long‐term consulting positions include independent research in computer and internet fields to assist law enforcement in active investigations, under the direct supervision of the Foreign Affairs Division of the Gyeonggi Provincial Police Agency.

He has also worked as a 4th Grade Teacher at Yeshivah of Flatbush (his former school), teaching Hebrew as a second language. Charlie has always been looking for an opportunity to practice the many languages he speaks. Most recently, he studied business Italian at Florence University of the Arts for 6 months. He started pursuing his FAA Private Pilot License in 2010.

Currently residing in New York City, Charlie is one of the subjects of The Rise and Rise of Bitcoin, a highly anticipated documentary about the early days of Bitcoin. It has been selected by the Tribeca Film Festival. The film premieres on April 23rd, and will be followed by a Q&A panel.

Charlie is currently advising for half a dozen Bitcoin‐related projects. He continues to participate in industry panels and providing context for various news outlets who are beginning to report on Bitcoin and other crypto‐currencies.