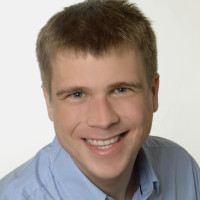 Andreas Petersson studied at the TU Vienna. He worked as a professional software engineer during his studies and full time since 2007. In 2011 he co-founded bitcoin-austria.at, a registered non-profit organisation with the goal to spread bitcoin in Austria. He contributed to some smaller bitcoin based open-source projects and co-organized over 30 meetups. He is also the co-host of the weeky bitcoinupdate.com German podcast with over 60 episides so far, Since
2012 he is working with Mycelium, where he contributes to the development of the popular Mycelium Wallet. His work is used by thousands of people every day to manage their bitcoins.